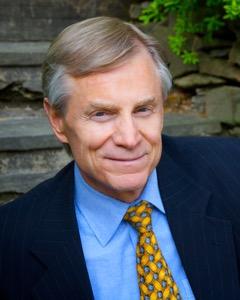 Immediately before joining Huawei USA, Andy worked as Chief Cybersecurity Strategist for Computer Sciences Corporation (CSC).  In this role he provided strategic input to the development and implementation of a coordinated, company-wide initiative to address the cybersecurity needs of CSC’s global client base, and worked in national and international venues to influence cyber public policy and awareness.

Andy is the Huawei global lead for the East-West Institute global cyber initiative and the Open Group Trusted Technology Forum supply chain standard and accreditation program.  He is also a member of the Software and Supply Chain Assurance Forum, hosted by DoD, DHS, NIST, and GSA.

Andy was a member of the White House staff team that helped to draft the U.S. National Strategy to Secure Cyberspace (2003), and later went to the Department of Homeland Security (DHS) to help form and launch the National Cyber Security Division (NCSD) and the U.S. Computer Emergency Readiness Team (US-CERT), where he later served as acting director from 2004-2006, as the then-lead cyber official at DHS and the lead cyber official of the US government.  At DHS, he also served as Co-chair of the National Cyber Response Coordination Group (NCRCG), the principal US interagency group to prepare for and respond to cyber incidents of national significance.  He also served as the DHS representative to the Committee on National Security System (CNSS) that sets policy for the nation’s classified IT networks.

In 2006-2007, overlapping his service in government and the private sector, Andy served on the Defense Science Board Task Force on Mission Impact of Foreign Influence on DOD Software

Before joining the White House staff, Andy served as: Acting General Counsel and, before that, Chief Deputy General Counsel, at the U.S. Sentencing Commission.  Earlier in his career he served as a federal prosecutor in Philadelphia, Pennsylvania, Senior Staff Counsel of the House Select Committee on Assassinations (President John Kennedy), Special Counsel to the U.S. House Ethics Committee, and Counsel to the U.S. Senate Impeachment Trial Committee.  He also served for five years in network television news as an Associate Producer for NBC News magazines, and Producer for the CBS News broadcast NIGHTWATCH with Charlie Rose in Washington, D.C.

Andy is a graduate of the College of William and Mary and the University of Virginia Law School.