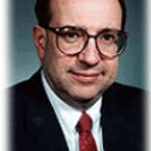 Jim Bell is Director of the Industry Standards Program Office at Hewlett-Packard Company. He is responsible for leading the development and execution of a focused strategy for effective, coordinated participation by HP businesses in industry consortia and standards organizations.

He also represents HP on the Governing Board of The Open Group and serves on the Advisory Council and Advisory Board of the WorldWide Web Consortium.

Prior to joining HP, Jim managed various engineering functions at Digital Equipment Corporation from 1968 to 1980, serving as the Corporate Director of Research from 1973 to 1980. He previously held positions with Bell Labs, IBM, SRI International, Control Data Corporation, Northwestern University, and Stanford University.

He earned a B.A. from Dartmouth College, and M.S. and Ph.D. degrees in Computer Science from Stanford University.