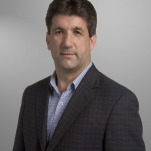 The latest Open Group member spotlight focuses on Sam Ceccola, one of The Open Group’s Governing Board Directors as well as Deputy CTO at BEA.  In the following interview Mr. Ceccola relates how his affiliation with The Open Group has benefited his professional experiences and why he feels membership in The Open Group has and will continue to enrich the IT end-user community at large.

Q: What spawned your personal involvement in the organization?
A: Two things, really-- I was new to BEA and looking for an opportunity to make a positive impact for the company. In addition, two people--Joe Bergmann, who has spearheaded a lot of The Open Group’s government initiatives, and Rob Walker, a BEA employee, both encouraged me to attend the conference in New Orleans.  After that, my involvement just ballooned.

I’m very passionate about what I do. When it comes to The Open Group’s mission, I saw it as a mutually beneficial relationship and stepped on the gas pedal.

Q: Why did BEA become a member of The Open Group?
A: BEA has a long history of commitment to industry standards and has been a leader since the beginning in many different standards bodies and has helped set the direction for the industry.

Q: What key initiatives are you personally involved with at The Open Group?
A: I am very actively involved with The Open Group.  I participate in the Architecture Forum as well as the SOA Working Group. Additionally, I serve as the industry chair on the newly formed Semantic Interoperability Working Group. One of the reasons I volunteered for this position is because I am leading the research at BEA on the possible uses for semantic interoperability. I have also had some involvement with the Real-Time Forum.

Q: How has membership in The Open Group benefited you, your organization and the industry at large?
A: Personally, membership has helped me grow, validated my thoughts on the future of the industry, and provided a great networking opportunity

These areas translate to benefits for BEA as well--not just for me but for others at the company. We are the co-authors of SCA, and The Open Group has provided a forum for us to submit thoughts around this specification and an SOA reference architecture – both for the good of the industry.

The Open Group is stretching the chasm – taking the things that come out of the industry, and showing the realm of what is actually possible with IT standards. For example, other standards bodies might tell me that the J2EE spec says I can do persistence. The Open Group tells me what I can do with that persistence. That’s the real value.

Being involved may also influence BEA’s economics in terms of new business opportunities resulting from our affiliation and use of our TOGAF license.

Q: What contributions to The Open Group are you most proud of?
A: I am proud of the semantic interoperability work I am doing with respect to the potential impact it might have on the future. As one of the early contributors to forming that working group within The Open Group, I wrote the first draft of the charter, which has been approved by the board.

I firmly believe that if you look at the way the industry is moving, the problems SOA has solved, and the challenges SOA creates – a convergence of semantic technology and SOA is going to need to happen in order for the industry as a whole to be successful. Like many first waves of technology, the gap between concept and execution was big when semantic interoperability was first introduced in 1999. The work that The Open Group is doing will prove the realm of possibilities.

The politics and social issues around the acceptance of this technology will be broken down a lot more quickly within The Open Group than it would if a single company was pushing it. I believe The Open Group will be instrumental in facilitating the broad adoption and acceptance of this technology as it has for others – and I am proud to be a part of this.

Finally, I’m obviously very proud of being elected to The Open Group’s Governing Board as a supplier council representative.

Q: Why is it important for other organizations to join The Open Group?
A: The most important thing is the implicit value a company gains from becoming a member and the incredible opportunity for advancement as a thought leader. The benefits of membership differ significantly over other standards groups – where there tends to be more explicit value. The Open Group is definitely more of a thought leader. And there’s nothing more rewarding than having your name included in a news article because the reporter heard you speak at a conference.

Q: Any last thoughts?
A: I am very excited to work with The Open Group and its other members to push the envelope even further – whether around semantic interoperability, MILS, or SOA. These advancements aren’t just beneficial to the vendor community but to the industry as a whole. Through their conferences, working groups, and thought leadership, The Open Group is really helping to break down the boundaries between IT and business on a practical level.

The Open Group will no doubt continue to take advantage of its rich history to move itself even further ahead of the curve. I’m personally committed to helping make this happen – that’s why I originally got involved.

As Deputy CTO, Office of the CTO, Sam Ceccola is involved with setting the technical vision and future direction of BEA Systems.  He is also responsible for strategic technical and architectural guidance to customers, partners and employees.   Prior to his work in the Office of the CTO, Mr. Ceccola held a similar position as Federal CTO/Chief Federal Architect for BEA’s US Government business.  Mr. Ceccola has over 18 years experience in the design and delivery of information technology systems for business and government, with a focus on distributed architectures including Service-Oriented Architecture (SOA).

Prior to joining BEA, Mr. Ceccola was responsible for the High Availability practice at Hewlett-Packard Managed Services, where he provided high availability end-to-end services for HP’s largest global customers. This position included responsibility for the architecture, implementation and governance for the mission-critical business of these key customers. Prior to HP, Mr. Ceccola was responsible for pre- and post sales support for J2EE architects for Bluestone Software.

Prior to this position, Mr. Ceccola held the roles of Information Technology Manager/Lead Consultant for a mid-sized Systems Integrator, and CEO and founder of a small services company.

In addition to his professional experience, Mr. Ceccola has served as a university instructor at Pennsylvania State, Albright and other private institutes, teaching Object Oriented Technologies, J2EE, C++, and other related information technologies.

Mr. Ceccola represents BEA by leading or participating in several industry forums including The Open Group (Board of Directors), Industry Advisory Council and Integrated Justice Standard. He also sits on the Board of Advisors for several other technology companies.